The toddler years are some of the most challenging for parents. In a flash, your sweet little baby turns into a crazed, hyper-unreasonable, tantrum-throwing caveman. You start to wonder what your chances are of making it through unscathed. As is true with most things in parenting - there is no magic solution. But we do have some tips to help you enable your happy toddler to win over your nasty toddler a little more often. Come a little closer and let us fill you in....

Embrace the Crazy That Is Your Child 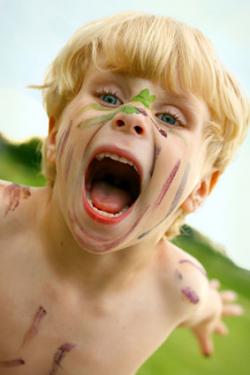 We're not talking fuzzy emotional stuff here. We're talking science. Although your toddler might seem like a mini-adult, they are far from it. The part of the brain which regulates emotion and social behaviour is simply still immature, leaving them, to put it bluntly, unbalanced. The bad news is, it doesn't begin to mature until age four (don't shoot the messenger!). Seeing your toddler's behavior in this light, or perhaps treating them as you would treat any unbalanced individual, is the first step on your mission-not-entirely-impossible.

For example, the next time your toddler is acting (inexplicably) like a total rat bag about something that was fine five minutes ago, fight the negative, swallow your annoyance, and make them know that their seemingly insane last-minute switch in direction is absolutely fine by you. Give them a hug, tell them it's OK, and even if you think they are crazy, just go with it and offer a couple of choices of what to do next.

Picture the scene: your toddler is having the mother of all fits, and all they see is you, up there, all high and mighty, talking a load of nonsensical, adult drivel. You might as well throw gasoline on the fire and be done with it. Instead, learn and practice toddler-ese, a way of communicating with toddlers developed by renowned pediatrician Dr. Harvey Karp. It might make you feel like a fool, but anything that helps you talk to your toddler makes you a winner. Your toddler will be happy as he finally feels like you speak his language. A full run down of the method is available in Dr. Karp's book, The Happiest Toddler on the Block. Here's a brief snippit of a conversation tranlated into toddler-ese.

Let Him Think He's the #Boss

We all know who thinks and wants to be the boss in your house. Yup, you guessed it - your toddler! Obviously, we know that's never going to happen, but mastering the art of letting your toddler think she's the boss, is far more agreeable than careering from tantrum to tantrum.

The key here is to let them make the less important choices whilst you make the biggies. So if it's what to wear, what to have for lunch, where to head out that morning, which book to read at bedtime - offer a choice of two and let them be the boss. You can watch him beat his caveman chest with pride. (Shhhh!! Just don't tell them you're pretending!).

Being ego-centric is a totally normal developmental stage for toddlers, but one that can be tough to swallow. What do you get when you put an ego-centric toddler and a control-freak parent together? Armageddon! Toddlers are selfish, selfish, selfish. They can't help it. It's just the way their immature brains are wired. Of course, we can't spend our days fulfilling every whim of the resident dictator. What we can do is give them a little of what they want to do, before they have to do a little of what we want to do. We, as adults, can delay meeting our needs for a while, whereas toddlers....cannot.

Know and accept that toddlers need it, and need it all, to themselves, now! Or at least that's what they think. It takes quite a bit of mental power for us to remember that a toddler's needs are, for the time being, far greater than ours. So in the case of toddler wants to go to the park vs a parent who needs to run errands, for a happy toddler, the elegant solution is that you defer your needs, until you toddler is satisfied. . .or in other words, park before errands. In the crazy world of an ego-centric toddler, going to the park is urgent! We just need to rewire our brains to that fact. 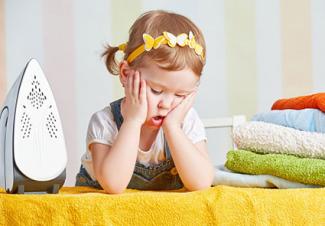 Do you live in fear of your toddler losing their lunch time nap? Clearly, a whole day in the company of a toddler without an hour reprieve is a scary prospect. Fortunately, there is scientific evidence to prove that we should be holding onto that nap as long as we can to ensure that our toddlers can be the happiest version of themselves! A study by the University of Colorado Boulder found that nap-deprived toddlers were more likely to be more anxious and have more negative responses towards activities than those who napped. Now if that's not an excuse to keep the nap going for as long as you can, what else possibly could be?

Hear this now: the days of trying to do things on the fly disappeared once you became a parent. Imagine you're a toddler, your brain developing at warp speed; new experiences, new sounds, new sights...Can't you hear his head exploding? No joke. The one thing you can do for your toddler to help them deal with this developmental roller-coaster ride, is to give them a bit of predictability. It may sound dull, but toddlers like to know what's going to happen during their day, and what's going to happen next. Plan your days, talk to your toddler about those plans and about what's coming up next, and have a loose structure for your days so that your toddler can feel safe, happy, and secure in that predictability.

For example, at breakfast, talk about where you'll be going that morning and what you'll do when you get back home. "First we'll head out to the park, then we'll run some errands and come back for lunch." A toddler does not want to hear, "Oh, well see, we haven't made our minds up yet, we'll take the day as it comes." You can practically hear their little brains frying trying to compute that! 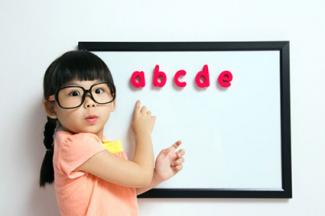 There is no one-size-fits-all when it comes to language hacks, but there are certain phrases which seem to head off toddler annihilation and make parenting a toddler just that little bit easier, thus leading to a happier toddler. These tend to be phrases that indicate a supportive structure (yes, toddlers love structure in case you'd already missed that!). Examples include:

Now armed with your secret weapons, it's time to head off a toddler riot and coax that happy little toddler who must be hiding in there somewhere...anywhere....

0
Comments
© 2006-2020 LoveToKnow, Corp., except where otherwise noted. All Rights Reserved.
7 Secrets to a Happy Toddler