In your quest to find the perfect baby name, you could spend hours combing through books, or you could take a look at map! Some of the greatest places in the world can double as beautiful baby names too. If you're looking for a city with a name worthy of your special child, you can't go wrong with any of the fifteen names below.

1. Austin, a Name With Big Britches

A baby named Austin may grow to be a great musician, as the Texas capital's slogan is "the Live Music Capital of the World," due to its abundance of aspiring musicians and assortment of nearly 200 live music venues. Or he or she might be inclined to work in the tech industry or have a taste for great BBQ and Mexican food.

2. Sydney From the Land Down Under 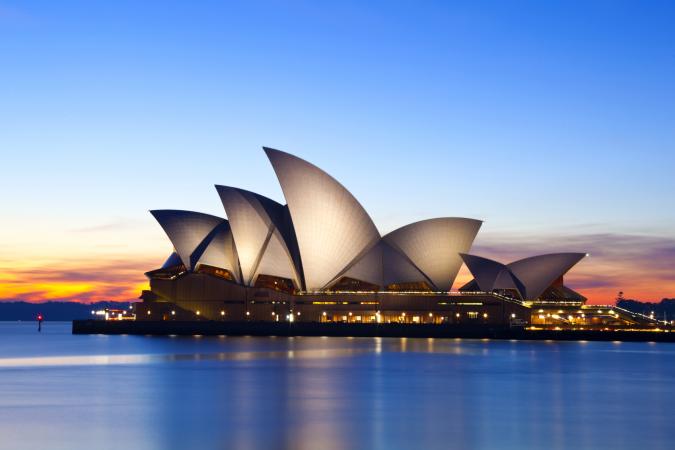 Located on Australia's eastern coast, this city sits right on the edge of the Sydney Harbor and has an incredible view of the Blue Mountains. A daughter named Sydney may develop an interest in opera, as the city is know for the landmark Sydney Opera House. A girl with this name might also be fearless like the climbers on the Sydney Harbor Bridge or may be born with an adventurous spirit and want to travel abroad someday, as Sydney is home to the most international students in the world.

3. Sedona, an Artist in the Making 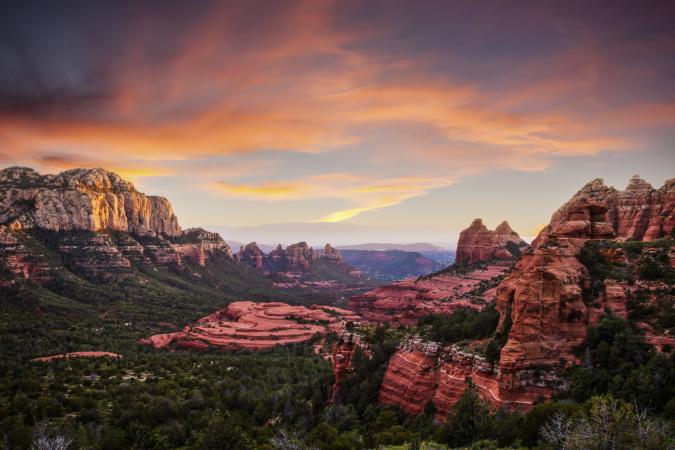 This city is known for its beautiful natural red sandstone structures. A daughter with this name may grow up to love mountain bikes and hiking in desert areas like Sedona's Red Rock State Park. Not only is Sedona known for its beautiful landscapes, but also its flourishing art gallery scene and even the famous Sedona International Film Festival. All of which may inspire your lovely daughter, Sedona, to hone her imagination in painting, pottery, photography, or some other art form.

4. Dallas, a Name Blessed by God Himself

God blessed Texas, and God will bless the bundle of joy you just brought into this world. A baby with this name may find a deep appreciation for any food smothered in BBQ sauce. Your child may also be destined for great manners and a keen sense of Southern hospitality. Growing up with this name, your baby is sure to love football or become a business guru, as Dallas is home to the Cowboys football team as well as a variety of corporate offices and some of the country's biggest billionaires.

5. Brooklyn, a Name Jay-Z Would Be Proud of

Whether you gift this name to a baby boy or baby girl, you can be confident your bundle of joy will grow up to be tough as nails. A little hard work won't get your child down, because, in Brooklyn, even when you don't have much, you can still call one of the greatest cities on earth home. A child named Brooklyn might grow up to be a true hipster with a love for live music and thrift store shopping.

6. Paris, for Your Little Fashion Guru 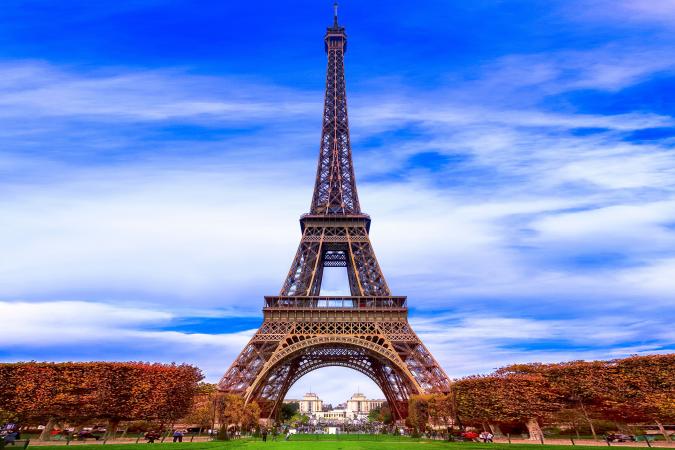 This French city of design, models, and incredible shopping is one of the world's greatest fashion centers. A baby born with this name may go on to become a fashionista and/or a foodie, as the city is also known for its amazing French cuisine. A child named Paris may just be bitten at birth by the love bug, as the city is also considered the city of love.

7. London, for a Practically Royal Baby

A child bearing this name will grow up knowing she's named after one of the world's best and oldest cities. Your baby may develop a taste for fish and chips and a love for the sport of soccer. A child named London may grow up with a rich sense of history, as the city is famous for buildings such as Big Ben and Windsor Castle. And he or she may even develop excellent taste in music with a special fondness for The Beatles.

8. A Charlotte Who Will Cast Her Own Web

A daughter with this North Carolina city name may just grow up to be a financial guru, as the city is home to Bank of America and the east coast corporate office of Wells Fargo, making it the second largest banking city in the United States. Your baby girl may also grow up to be a fan of the Carolina Panthers and Charlotte Hornets, as the city that brewed her name is home to both national teams. Charlotte is nicknamed the "International Gateway to the South," and any girl bearing the city's name will be sure to become the quintessential southern lady with no shortage of great wit.

9. Florence, She's History in the Making 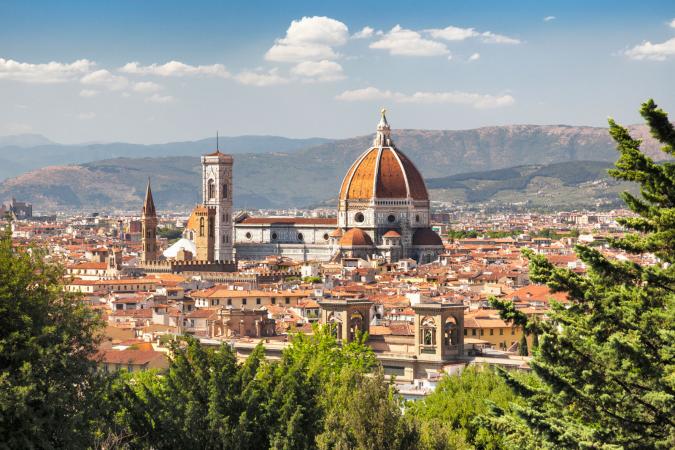 Florence, considered the birthplace of the Renaissance, is sure to inspire a revolutionary baby that holds this name. A girl named after this Italian city may have a great interest in history and architecture, as Florence is home to some of the world's most impressive monuments, cathedrals and palaces. No matter what, a girl born with the name of Florence is sure to have a fire that cannot burn out.

10. Savannah, for the Perfect Southern Belle

This beautiful baby girl's name is inspired by Georgia's oldest city, Savannah. A baby girl named Savannah may grow up with a deep interest in history, as the city is filled with museums, historic buildings, and even a famous, and rumored to be haunted, cemetery. She may also grow to love the seafood and the fresh grits that Savannah is famous for. A girl named Savannah may even have an air for the arts, as the city is home to one of the country's greatest art institutes, the Savannah College of Art and Design.

Name your baby Orlando, and he will best be associated with the hunky actor, as well as a city with world-renowned amusement parks. A child may grow up to work in tourism and hospitality, as the Florida city attracts travelers year-round, thanks to it being the home of Walt Disney World, Universal Studios and SeaWorld. A boy with the name of Orlando is sure to be the king of fun in any household.

12. Denver, for Your Little Bucking Bronco 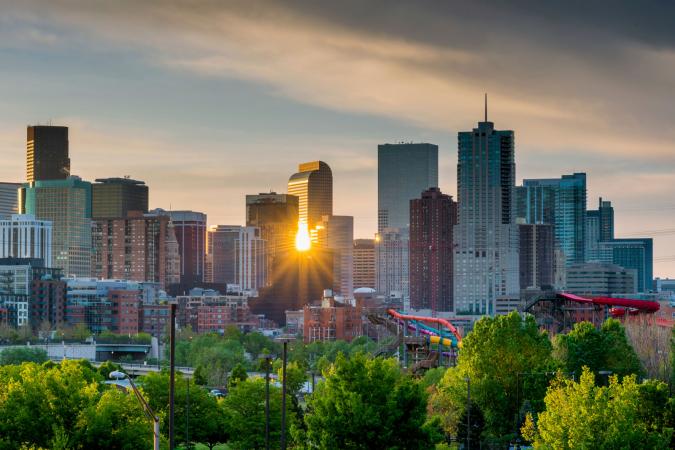 A child named Denver may develop an interest in skiing, snowboarding, and other snow sports, as snow-packed mountains surround this Colorado city. Known as the mile high city, due to the fact that Denver sits exactly 5,280 feet above sea level, a son named Denver will be sure to have his head high in the sky with a great imagination. Whether he ends up as a skiing instructor, a player for the Denver Broncos, or an owner of one of the city's many breweries, he'll be sure to succeed in any venture he puts his heart into.

13. Jackson, a Name With Southern Roots

A boy named Jackson will grow into a proper southern boy with an air for fine dining and southern cooking. He may grow up to work in government, as the city is the capital of the great state of Mississippi. Known as "the City With Soul," your son may have an interest in jazz, gospel, the blues, or R&B music. He may even have a great appreciation for all the performing arts, as the city is also home to the USA International Ballet Competition.

14. Catalina, Not the Wine Mixer 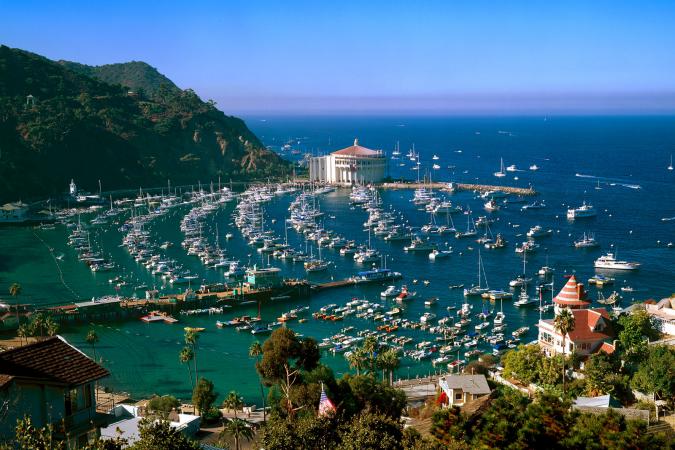 This name is inspired by the Santa Catalina Island located just off the coast of Southern California. Your baby girl may grow up an avid hiker, as the island is full of trails and rocky terrain. Inspired by the city's abundance of diving, snorkeling and kayaking activities as well as its glass bottom and semi-submersible boat tours, she may also grow up to be a great swimmer or, perhaps, even a green-enthusiast, as 88% of the island is controlled by the Catalina Island Conservancy.

15. Chelsea, If You Desire to Be a Soccer Mom

Chelsea has become a popular baby girl name in recent years, possibly due to its connection with the London neighborhood of the same name. Your baby girl might grow up to be a soccer star, as Chelsea is home to one of the world's greatest professional teams, or grow up to a food and wine lover.

One of the biggest decisions parents can make is choosing a name for their child. A name given with thought and purpose is a name a child can live up to, making you and the city that named them as proud as a parent could be.