If you're a lover of European history, you might enjoy the tales of the vikings, known for their ferocious fighting spirit. Vikings are also popular in current movies and television and thus viking names are an excellent source of less commonly known names that may become more prominent in the future.

Viking names come from several Scandinavian cultures such as the Norwegians, the Swedes and the Danish. Many viking names are based on the person's profession or position as a fighter. 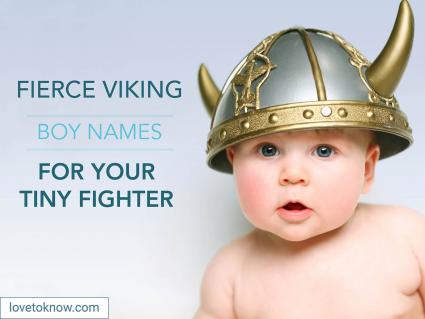 Some of the most famous viking warriors, kings and explorers have names that would be an excellent choice for a young boy.

Many of the names of the gods in Norse mythology can be unusual and unique choices if you're looking for a viking-themed name for a boy. The gods played a strong role in viking culture and beliefs. 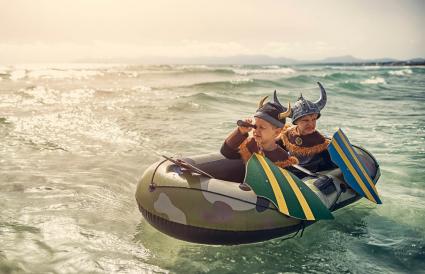 Male Viking Names Based on Animals

Animals feature heavily in Viking culture and mythology. These names come from animals commonly encountered by vikings as well as their mythological counterparts.

Choosing a Viking Name for Your Son

When considering a viking name for your little boy, make sure you're comfortable with the spelling and pronunciation. Since many of these names are not as common, you may need to be prepared to help others learn how to say them. Make sure you're comfortable with the meanings as well, as you want your new little fighter to learn to be as courageous and daring as the vikings without the more warlike aspects of this fascinating culture.