For many new parents, their coming child is a gift from God or the heavens. There are plenty of obvious angelic names for boys and girls from scripture and different belief systems, but there are also uncommon heavenly names you could choose.

If you're looking for an angelic name for your baby, the easiest place to find inspiration is with names that literally mean "angel." Look for variants on the word or translations from different languages to get a more unique name for your little one. You could also simply use the name Angel for a girl or boy and look at all the variants of that name like Angelo and Angelina.

From the Bible to New Age angel lore, there are dozens of angels recognized in different belief systems. Some would argue that angels didn't actually have assigned genders since they weren't meant to reproduce like humans. Consider your belief system and your wishes for your baby then choose the angel who best fits those traits.

In many ancient texts, only a few male angels were named. 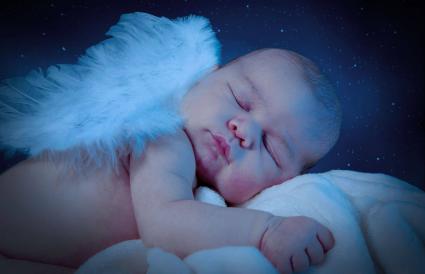 Today, many people imagine angels as women even though they were more often portrayed as male in ancient history.

Some angels are depicted as an androgynous or their names have changed popularity between genders over time.

Names Associated With the Heavens

Angels are often thought to reside in heaven, so a heavenly name might be another avenue to explore. Think of terms associated with angels, heaven, or that mean heavenly to use as your baby's name.

Heaven is called by different names in different cultures and many of these names have a masculine feel.

Words associated with heaven often take on a feminine sound. 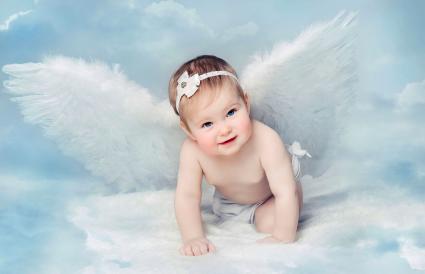 In some cultures, words associated with heaven aren't decidedly masculine or feminine. 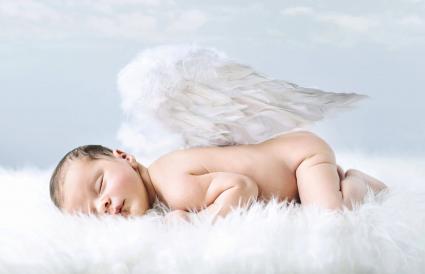 In some cultures and belief systems, the translation of an angel is a spirit. If you're looking for a strong boy name or meaningful girl name that is spiritual rather than heavenly, these are great options.

The Bible describes fallen angels and throughout history, some angels and heavenly figures have reached evil status. For some, dark angels are great inspiration for gothic baby names while others look to them as a true representation of mankind who has both good and bad inside.

A Heavenly Gift for Baby

Choosing a name for your child that is angelic reflects your love for their pure, good spirit. One of the best gifts you can give your child is a great start in life and that begins with their name. Whether you're looking at specific religions or pop culture, you can find angel and spiritual names all around you. Search websites like Nameberry and Behind the Name to find the meaning and history of the heavenly baby names you like best.