Pink is for girls. Blue is for boys! Or is it? We've entered a new era where parents don't want their children to be pigeon-holed by anything gender-specific, from toys and clothes to, yes, even names. And now 'post-gender' baby names are on the rise. Below are some to consider for your little bundle of joy.

Bailey is a sweet sounding name, and one you might think fits perfectly with your sweet little angel. According to Names.org, the Bailey baby boom peaked in 1997. Bailey can also have all kinds of fun nicknames like Bails or Bay. But keep in mind, Bailey is also a very popular name for dogs.

We should all be so lucky to be named after a tennis great like Billie Jean King or a sultry songstress like Billie Holiday, or even the American Idiot denouncer Billie Joe Armstrong. Wow, that's a lot of successful and accomplished Billies. And maybe all that "Billie" shine and shimmer will rub off on your little one. Of course, be warned that little Billie will most likely deal with people constantly spelling his or her name wrong.

Emerson started gaining in popularity in the early 2000s and has been picking up steam ever since. Originally more common for boys, it has taken off for girls. If you're looking for a unique moniker, and especially considering the steady growth of this name, Emerson could be the new Jennifer.

Peaking in 1962, Glenn has been more commonly known as a boy's name rather than a girl's (even though, one of today's most well-known Glenns is a woman, Glenn Close.) But if you name your little girl Glenn, she is sure to stand out amongst her peers and will likely demand to never be ignored. (Let's hope it's not for hurting any bunnies, though.)

Hayden didn't start growing in popularity until the '90s, but it steadily increased until it reached an all-time high in 2008. While there are a lot more Haydens running around today than ever, it's a good name for a boy or a girl. But also be prepared for people to forever link your Hayden with a disastrous set of prequels for a much-loved movie franchise.

What used to be a nickname for boys named James and Jamison, Jamie skyrocketed in popularity for girls in 1976. These days, it often brings to mind cute, energetic young girls, which may or may not be something anyone wants to be thought of.

Will your little one be Jessie's girl? Or will your Jessie be a girl? Popular in the early 1900s, the name Jessie hit another surge in 1981 and 1982 (not surprising, seeing as Rick Springfield's song rose to the top of the music charts in 1981.) Although it was more common for women than men in those early years, since Springfield brought it back to the masses, it's been pretty even on the male/female front. But prepare your little one for a lifetime of explaining, "No, it's not short for something else." 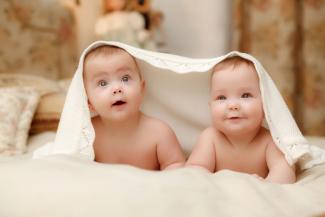 Jordan, of Hebrew origins, means to "flow down," as in a river, as in the Jordan River. The name Jordan really hit its stride in the early '80s and sustained that popularity into the '90s. However, there's been a steady decline in babies named Jordan ever since. It's been pretty common for both sexes, i.e. there are a ton of Jordans out there. So while Jordan is a great unisex name, it's not so great in terms of having so many others walking around with your name. (Also for some, there's only one Jordan, Jordan Catalano. *Swoon.)

The name Kennedy started climbing the ranks in the early '90s and has seen a steady increase ever since. It is a gender neutral name but has, for the most part, been a girl's name. Whether you liked popular MTV VJ (now a Fox Business News show host), Kennedy, or want to name your child in homage to former President Kennedy, imagine what little Kennedy will think when she goes on the internet to look up her name, excited to see what it means, only to learn Kennedy is Irish and means "ugly head."

Popular in the '60s and '70s, very few parents are naming their babies Kerry these days, all but guaranteeing your Kerry will most likely be one of one in his or her peer group. More common for boys in the '60s, and then a complete switch to girls a decade later, no doubt all Kerrys have had to put up with, "Wait, Carrie? Or Cari? Oh! Kerry. Hey, Kerry, can you CARRY this for me? Hahahahaha." *Groan

An anglicized version of Rhys, Reese didn't really make much of an appearance until the mid '90s and more for boys than girls. Then it took off like a rocket for girls, quickly outpacing boys. No doubt Hollywood movie star Reese Witherspoon had some kind of influence. Although your little one should be prepared to be compared to the popular sugary treat, Reese's Pieces or Peanut Butter Cups, you can always let them know that there are worse things in this world than being compared to chocolate and peanut butter candy perfection.

Less conventional names are perfect for either boys or girls. Even though the most well-known River to date is the late actor River Phoenix, who's to say if a River is male or female? River has been growing in popularity for both girls and boys since the '90s. However, as anyone with a unique name will tell you, your child might be teased by the more conventionally named and minded.

Who can forget the vomit-inducing cutesiness of two popular Taylors briefly dating. In case you did forget, think breakup song extraordinaire Taylor Swift and lycian-like Taylor Lautner, who dated circa 2009. Female, male, or cis, no matter where your Taylor falls on the gender spectrum, maybe he or she write a song… about themselves. 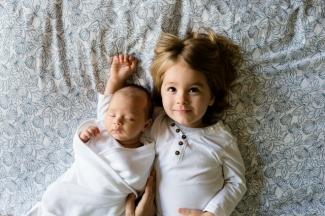 Terry, not to be confused with robes, reached its peak in the mid '50s and was often a nickname for Terrence or Teresa. But that doesn't mean Terry isn't a name in its own right. And imagine the fun (or frustration) your Terry will have with a best friend named Kerry!

There are so many unisex names to choose from, so don't feel limited by what you've heard of before. Plenty of parents have gone off the beaten path and given their children completely unique names. But just know, no matter how much thought and care you put into naming your newest family member, there's a high possibility that at some point in your child's life, they will hate it.