A lot of popular American boy names didn't originate in the USA. Despite this, if you want to choose a boy name for your son that represents American culture, the options are nearly limitless. From strong boy names that have withstood the test of time to invented trendy names, there's an all-American name for every little boy.

Most Popular Boy Names in the USA

Every year the Social Security Administration shares a list of the top baby names registered for that year. The latest data is from 2018 and includes these 20 names in order. You'll notice that many top names in America are Biblical names, and they have shorter nicknames to accompany them. 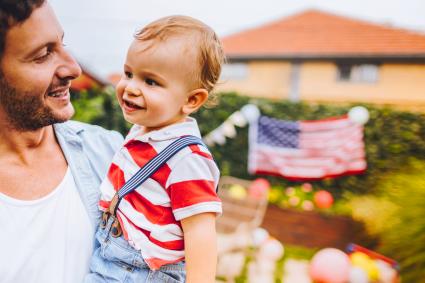 Boy Names on the Rise in America

Naming trends like music names or royal baby names come and go in America. You can see the most current trends by checking out which names have risen the most from one year to the next. These are the boy names that have increased the most in popularity in the U.S. from 2017 to 2018. As you can see, current trends include unique names and unique spellings of popular names.

One look at the Social Security Administration's list of the top names over the last 100 years will show you the most classic American boy names that have been popular throughout history. For some, these might seem like old-fashioned baby names, but others would call them classics. These names are usually shortened in everyday use, so the common nicknames are provided. 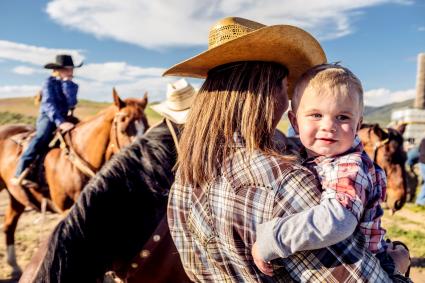 Every year American parents in search of unique baby names search far and wide for uncommon name inspiration and even invent new names. These are some unique names about a dozen American parents chose in 2018.

Names of American cities and landmarks or famous American last names are other options for strong American boy names. These names all fall in the Top 1,000 boy names from 2018 in the U.S. If you want a truly unique boy name that's all-American, consider your favorite places in America as names. 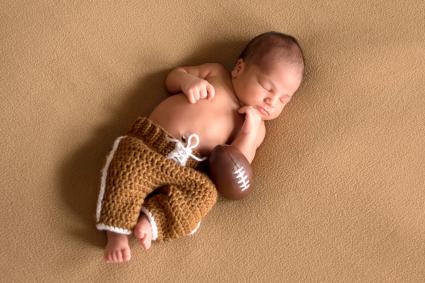 You can create your own cool American name by combining elements of popular names, using U.S. place names others aren't using, or finding ways to turn American slang words into names. Check out these original invented names that feel distinctly American.

The only baby boy names that are of American origins are invented names and Native American names. However, there are dozens of names that sound American and are popular in the U.S. You won't need a pronunciation guide for most American boy names, and you can make them cool by choosing a middle name that's exotic or unique.