A fun and easy way to add style to any baby shower is by folding napkins in themed shapes. Whether you're using paper or cloth napkins, these baby shower napkin folding ideas take only a few minutes and make a big impact on guests.

Shower hostesses on a budget will love this simple fold that works best with white paper luncheon napkins. Use any color marker to embellish the rim of the bottle so it matches your shower theme. While you can use other colored napkins, white mimics the look of formula. You can use cloth napkins with this fold, but you'll probably have to iron after each fold to help it hold in place, and you won't be able to add color to the rim. 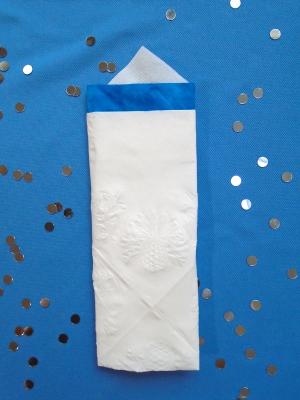 Baby-inspired items serve as a great inspiration for any shower theme for boys and girls. This baby rattle fold looks unique and elegant at more formal showers. Cloth napkins work best for this fold since you'll be doing some twisting to create the handle and the fabric will hold up better than paper. Use any color napkin or a patterned bandana and embellish the rattle part with ribbon to make it more festive. 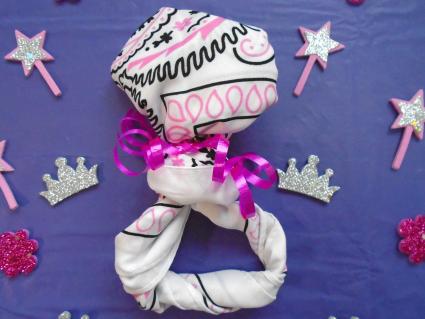 This fold looks more complicated than it is, which will leave guests amazed at your hidden talent. Use a white or yellow napkin to get a gender-neutral look or try a frilly napkin in girly colors to make it look more like a baby dress. If you use a cloth napkin, you'll need to iron after every fold to help it stay in place. Paper napkins work great with this fold, especially patterned ones with polka dots or stripes. 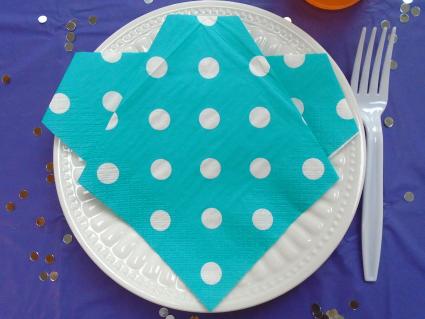 Baby accessories like a bow tie napkin fold are expected, so look for other apparel items to get inspired by. The baby bootie napkin fold is great for smaller showers or announcing a pregnancy at an intimate family dinner. This baby napkin folding technique works best with paper napkins because the stiff material helps the booties keep their 3-dimensional shape. Add some mini ribbon laces or accents around the ankle to embellish these classic ruffled booties. The larger the napkin, the larger the boots will be. These tiny booties were made with 10-inch by10-inch napkins. 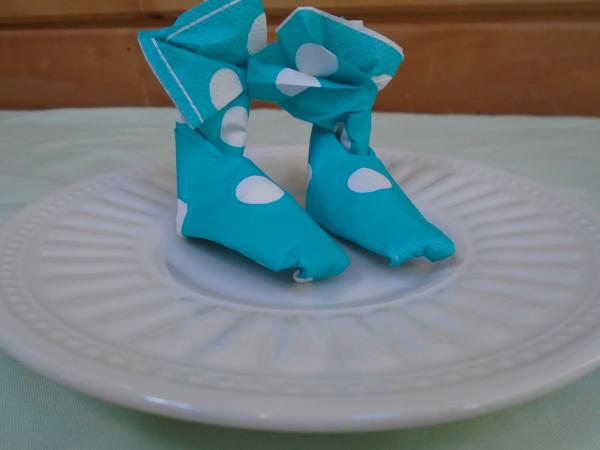 Cloth napkin folds for baby showers typically include the classic diaper napkin fold. Learning how to fold a napkin into a diaper takes only three simple steps and a diaper pin for embellishment. If you want to know how to make paper diapers for a baby shower game or table setting, use the same directions from the cloth version with white paper napkins.

It's All in the Details

When planning a baby shower you want the experience to be unique and memorable for the mom-to-be and her guests. Adding in fun details like adorable baby shower napkins ideas helps keep the atmosphere special for everyone.