If you would like to enhance your toddler's development before sending him or her to preschool or kindergarten, toddler workbooks can provide assistance. Workbooks for this age group are often just as fun as they are educational, which means your child may cheer each time you take out one of his or her workbooks. 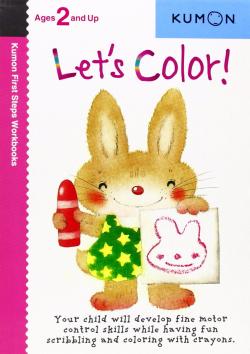 The First Steps series of workbooks from educational publisher and Parent's Choice Award-Winning company Kumon was created just for kids who haven't used workbooks before. Each of the 12, 40-page paperback workbooks starts simple and progresses in difficulty on each page following the Kumon teaching method. Books cover motor skills and problem-solving in using essential preschool tools like crayons and scissors. At $6 each, titles include variants of:

Scholastic, the world's largest publisher, and distributor of children's books, makes the Trace and Learn ABC workbook which is the perfect introduction to letters of the alphabet. With only 16 pages this tactile workbook engages hearing, speaking, touching, and visualizing. Each capital letter is grooved so toddlers can trace it with their finger. This letter is on the outside of a flap toddlers can lift to discover its lower-case version. Fun rhymes and directional arrows help kids learn the proper way to create letters before they ever start writing them for only $8.

Most kids head off to preschool at age four, so workbooks for three-year-olds often focus on preparing for this exciting transition. 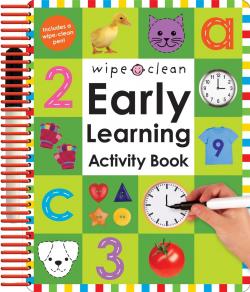 Best-selling author/illustrator of educational books for young children, Roger Priddy, created the Wipe Clean Early Learning Workbook. This spiral-bound workbook is easier for kids to use on their own because the pages will lay flat when open. Bright colors and fun pictures make learning capital letters and numbers 1 to 20 fun for only $10. Toddlers can use the included dry erase marker to complete the workbook then erase and start over.

Popular educational publisher Scholastic has tons of great workbooks for kids including the Get Ready for Pre-K Jumbo Workbook. It features 240 pages of photographs and illustrations that teach and reinforce skills needed for pre-K like pen control, sorting, counting, and the alphabet. There are also 24 pages of stickers to enhance the fun and you get it all for only $9.

Toddler workbooks for age four reinforce preschool lessons and start to include concepts or skills learned in Kindergarten.

Kumon's Thinking Skills series of workbooks features four titles for Pre-K and four titles for Kindergarten. Each 80-page book costs only $8 and focuses on step-by-step methods for teaching and strengthening thinking skills. Title include variants of:

Usborne Get Ready for School Workbooks 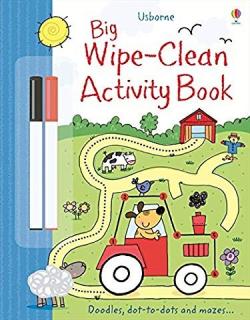 Usborne is the leading specialist children's book publisher in the UK and sells the Get Ready for School Wipe-Clean Activity Pack for ages four and up. The plastic carrying case with handle and Velcro closure comes with four dry erase workbooks and a marker. The books are only 6 by 8 inches making them perfect for travel. The set costs $20 and includes books focusing on letters, numbers, and writing. Wipe-off workbooks are really handy because toddlers need to practice things several times before they master the concept.

If you need a quick workbook option now or have a limited budget, there are places online you can download and print free activity pages for toddlers or entire workbooks.

You can create your own toddler workbook by printing out several toddler worksheets and stapling them together along the left edge.

Children's activity website, DLTK, features dozens of free printable books including the I Can Draw workbook. The black and white version features a drawing prompt on each of the eight pages and a blank space for your child to draw that object such as a sun or tree.

For very young children, it is best to focus on recognition skills rather than production skills. Activities often are in the format of "which one of these is not like the other" and other types of distinctions. Common topics for toddlers include the following:

Adhere to Your Child's Interests

Workbooks usually have an age recommendation on them, but you can be fairly flexible with these recommendations. While it would never be a good idea to give a workbook for a ten-year-old to a four-year-old, your two-year-old may do very well with a workbook labeled for children over the age of three. Use your judgment in choosing toddler workbooks; you know how much patience and attention span your child has. What you may not know is that your child's academic skills are more developed than you think. Don't be afraid to start teaching your toddler the alphabet. Not only will your child have fun singing the alphabet and recognizing letters in his or her favorite books, but your child will also have a head start when beginning kindergarten.

It is never too young to start developing academic skills. Do remember though that your child will learn much more if he or she is having fun than if doing toddler workbooks is something akin to pulling teeth. If your child enjoys workbook pages as a fun activity, provide plenty of paper and crayon learning opportunities. If, however, your child can't seem to sit still for workbooks, try to teach important concepts through songs, toys and games. Having fun is the best way to learn whether it includes workbooks or not.