Helping toddlers move from one activity to another can be challenging. Very often, a toddler gets into what he's doing, and the last thing he wants to do is move onto another activity. With that said, you can make transitions for toddlers in the classroom or at home easy with a few tips and tricks.

Time to Clean Up

How do you persuade a child to clean up when he's totally engaged in what he's doing? Convince him to go along with your plan with some creativity. Classroom transition activities like these can also be used at home or in daycare settings.

Let the Puppet Do the Talking 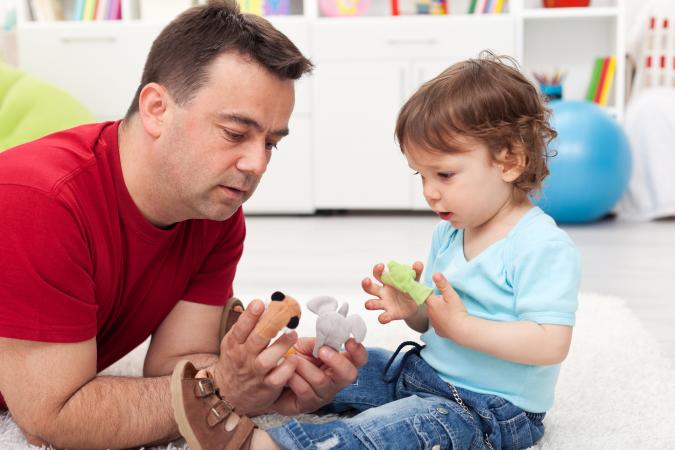 If you already have the puppets out, why not make one of them help you with a little clean up time? Assign a name and a distinct voice for the 'clean up' puppet and pull it out one minute before an existing activity comes to an end. Use lines like, "Pinkie the piglet says it's time to clean up." While kids are cleaning up, 'Pinkie' can encourage them and give directions. If you use the same puppet every time children are to put the toys away, they will get into the routine of associating that particular puppet with clean up time, and will automatically know what to do.

Place a timer within the room to catch the toddler's attention. Making it clear how long the activity takes place brings your child to thinking that you both have a goal of completing the task on time. Count one to three before starting the clean-up, so the child has ample time to prepare himself for the task at hand. Continuously refer to the timer when giving updates by saying things like, "Look, we still have three minutes left."

If you are outdoors and no timer is available, use relevant references such as, "Five more turns on the slide and then we need to take a bath."

Toddler transition songs help make transitions more fun and less stressful because they are still a form of play. Find a recording of a transition song such as the "Clean Up Song" from the TV show Barney. This three-minute song talks about everyone doing their part to help clean up after playing in a catchy way. When the song comes on, kids start cleaning up and try to finish before the song ends. Simple preschool transition activities like turning on a song associated witht the transition helps kids feel more secure because they know what to expect and they don't have to stop having fun.

Giving toddlers the autonomy to choose provides them a feeling of control over their lives. It's also the best way to trick them into cooperating with your transition tactic. When picking up toys after play, give him the opportunity to pick which toy to pick up first. If he decides to pick up blocks, you're automatically picking up anything that's not blocks. Then it can be a competition to see who picks up the most or who picks up all of their toys first. Of course, you should let him win. He'll feel five feet tall after winning this battle against you. Praise him, and he'll transition to the next activity easily.

Toddlers can be picky when it comes to food. But knowing the right approaches before a tot transforms into his fight-or-flight mode can make feeding and snacking easier. When you've got a group of toddlers, classroom transition activities for preschoolers at mealtimes are a necessity. 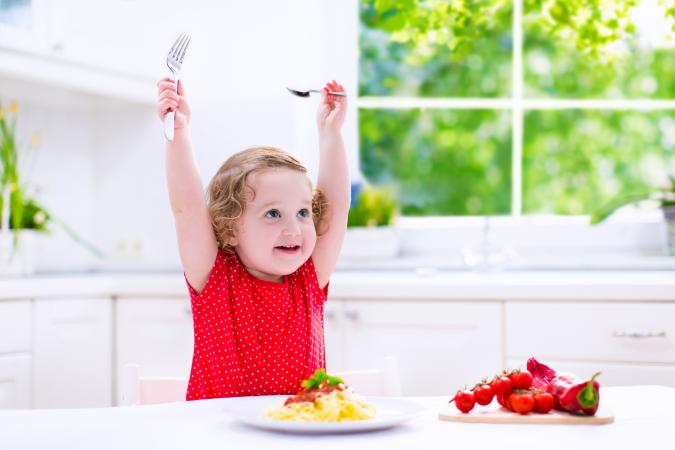 Not only do the traffic lights work on roads, but also as a way to transition your toddler. Buy a budget-friendly traffic light toy that functions like the real one. Explain to him that before the traffic light gets to red, he has to be done with his meal and ready to wash his hands. The visual cue is a concept that's easily understandable even by toddlers.

By giving a visual cue, this helps your dawdling eater see how much more time he has and also gives him a visual cue (and warning) that he is about to transition into the next activity.

Get his attention in an instant and separate him from a current activity by doing a simple combination of movements with an insertion of the next activity at the end. For example, stomp or clap your feet rhythmically and say, 'mealtime.'

The auditory signal, when used consistently, helps a toddler's brain automatically associate the sound with the idea that there is another activity, or a change in direction coming. The more you do it, the more he automatically begins to change gears.

Too Cute to Eat

Show off your artistic side with a variety of bento box lunch ideas. Who wouldn't draw his eyes to a cute and fun twist to a homemade meal? An artfully arranged, cow-looking, wheat-free meal while mimicking the animal sound helps incorporate play into his meal time. Your toddler will smoothly transition to eating a healthy lunch because of this attention-seeking, artsy trick.

Because kids aged one to three years love to be active, plotting naptime and its previous transition can help your kids go into dream land.

If It's Visual, It's Crystal Clear

A predictable structure every night creates a routine that young ones memorize. Being consistent is key to implementing this technique and eventually succeeding in the transition. You can try a visual schedule or activity sheet showing each step the child has to undertake before going to bed. The schedule is composed of images of taking a bath in a tub, wearing pajamas, brushing teeth, children's books, and bed. This way, it's automatic for your toddler to follow the sequence and the transition to slumber is easy and painless. The trick here though is to be consistent and to make sure you address all your child's needs.

While bedtime stories might seem basic, getting ready for nap time with a unique storytelling addition might help settle your active toddler. Reenact an indoor camping scenario by setting up a tent, taking a blanket and pillow, and draping the makeshift shelter. Use a flashlight to create shadow puppets while reading a story. This boosts the child's imagination while a quiet environment lures him to get drowsy. Soon enough you'll see heavy drooping eyes and improved sleeping habits.

Singing songs before bedtime or naptime can help kids wind down in an engaging way. Let toddlers choose two to four songs you'll sing before they go to sleep each day. You can also find picture books of songs such as This Little Light of Mine by Raffi or Just the Two of Us by Will Smith to help you learn the lyrics and tunes of popular children's songs. Transition strategies for preschoolers at sleep times that involve action or fun make the transition feel less forceful and negative. 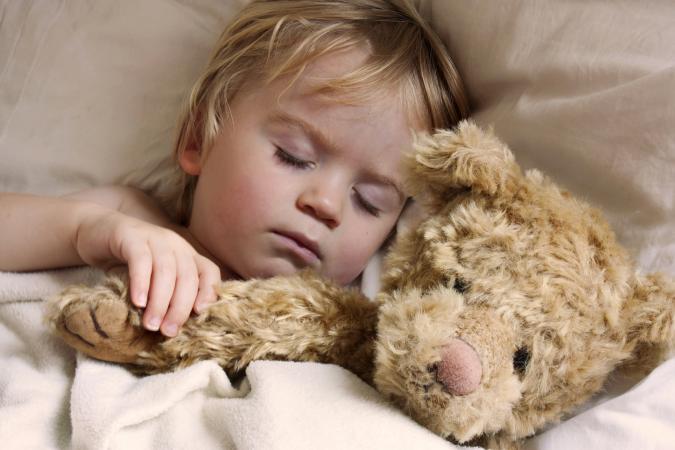 Before being transitioned, kids love to take something with them from the previous activity to keep them energetic until the subsequent one. During down time, have your toddler bring a stuffed toy to bed, cover it with a duvet and pat its back until it also falls asleep. Through this, you help the child realize the connection of stopping an activity leading to the beginning of another one. It's a comforting and a calming activity.

The real key to getting any transition to work is to make sure that you are consistent with your methodology. For every normal part of your daily routine, have a consistent way to transition out of the activity and into the next one. Transition activities are important for toddlers because they help your toddler begin to learn how to expect the transition which can minimize temper tantrums and toddler frustration.