A baby born at 29 weeks has reached the preliminary portion of the third trimester and will have a good chance of survival if delivered this early. The 29-week preemie survival rate is between 90 and 95 percent and the baby's prognosis is excellent.

Development of a Baby Born at 29 Weeks

A pregnancy calendar that tracks the development of a fetus is a good place to start if you are curious as to the survival chances of a baby born at 29 weeks. This information can be obtained from BabyCenter.com who has been a longstanding trusted resource for expectant women regarding pregnancy and infant development information. The site offers a detailed calendar for each week of fetal development. Some things to know include: 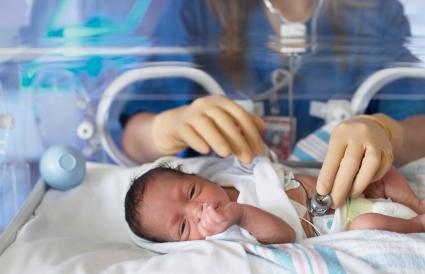 While it is safe to give birth to a preemie born at 29 weeks, they will still require a good amount of care and a long stay in the NICU. The earliest the baby can expect to go home is a couple weeks prior to their original due date. The good news with a 29-week preemie is that their organs are well-developed at this stage and their bodies are quite mature. If you deliver a preemie at 29 weeks, they will:

The majority of twins born at 29 weeks gestation also have an excellent chance of survival with the proper medical care. They will require weeks to months in the NICU as well.

Possible Complications Associated With a Baby Born at 29 Weeks

By the time a fetus has reached 29 weeks, its body is far stronger. However, complications can still arise which include:

Over the next few weeks leading up to a full term delivery, a baby will have a chance for its lungs to develop and become stronger so that it can breathe independently after birth. Babies born several weeks prematurely will often need the aid of a ventilator to promote breathing. Many mothers who are expecting to deliver preterm, mainly due to certain medical disorders, will receive steroid injections to speed up the development of their baby's lungs. Babies born this early will often be whisked off to the neonatal ward for feeding and breathing aids.

The most common heart problems are patent ductus arteriosus (PDA) which is a hole between the aorta and pulmonary artery which usually closes on its own. If it doesn't, it can lead to other problems such as a heart murmur and heart failure. The other heart problem associated with a preemie is low blood pressure (hypotension) which may require adjustments in medications, i.v. fluids or possible blood transfusions.

Preemies do not have the stored body fat yet to hold in body heat. They can quickly lose their body heat and if the baby's body temperature dips too low, hypothermia (low core body temperature) can occur. If hypothermia does occur, it can lead to breathing problems and low blood sugar. A premature baby could use up all the energy gained from feedings just to stay warm. This is the reason a smaller premature baby may require additional heat from a warmer or an incubator until they are able to maintain their body temperature on their own.

The earlier a preemie is born, the greater the risk that bleeding on the brain can occur. This is known as an intraventricular hemorrhage. Most hemorrhages are mild and resolve on their own. However, some babies may have a larger bleed on the brain that could potentially cause permanent brain injury.

It is not unusual for premature babies to have an immature gastrointestinal system. After a baby starts feeding, a serious condition can occur in which the cells lining the bowel are injured. This is called necrotizing enterocolitis (NEC). There is a much lower chance of premature babies developing NEC if they receive only breast milk.

Infections and Issues With the Immune System

Immunodeficiency is a common problem in premature infants as their bodies are not yet strong enough to take on the natural elements. Oral thrush and frequent infections may plague the first couple years of a child's life if she has been born significantly premature. As the child ages, her system may strengthen to overcome such problems, but parents of a premature infant should take great pains to ensure that their child's diet and lifestyle are conducive to vibrant health in order to ward off such difficulties.

Importance of Breast Milk for Preemies 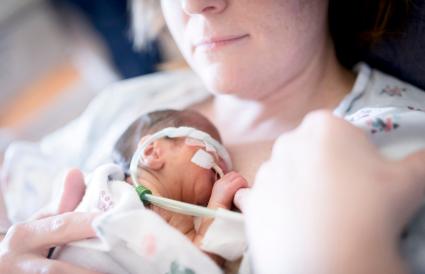 KidsHealth.org has published an article detailing the complications that can occur in prematurely born infants. This article also stresses the importance of breast milk for nourishing preemies and fortifying their immune systems. Preemies are very susceptible to intestinal infections, and breast milk is a natural source of probiotics bacteria in addition to numerous antibodies that can fight off certain pathogens. Babies born at about 29 weeks can often be too weak to nurse, hence many mothers will have to pump their milk to give to their infant through a feeding tube. This process, of course, will not last forever, and as the infant strengthens, it is possible to achieve a normal breastfeeding routine once the baby has left the hospital. Don't be surprised however if your 29-week preemie needs his breast milk fortified with some kind of nutritional aid. Infants born this early typically suffer from nutritional deficiencies, so an iron-fortified formula may be necessary to bring your baby to health.

Many expectant mothers agonize over each week of pregnancy, exhaling a breath of reassurance once their baby has passed just one more week of gestation. It is true that premature births are quite common in the United States, but contemporary medicine and technology have made it such that most infants born prematurely at about 29 weeks will do well, and only a small percentage of these infants will endure lifelong health problems due to inadequate development.

The gestational age at which your baby is born is very telling as to her chances of survival and overall health. However, another important factor in determining the health of your infant at the time of her delivery is the actual reason why this baby was delivered early. A baby born at 30 weeks due to a mother's uncontrolled gestational diabetes may present an entirely different health situation than that of an infant delivered at 30 weeks due to unexplained preterm labor. It is important for expectant mothers to have their health closely monitored by a physician or midwife during their pregnancies so that underlying health conditions leading to preterm labor can be identified and treated as early as possible.

0
Comments
© 2006-2020 LoveToKnow, Corp., except where otherwise noted. All Rights Reserved.
What to Expect From a Baby Born at 29 Weeks