There are plenty of famous preemies that are easily recognizable by name - what is not as well known is their rough beginnings in this world, and the challenges they overcame as infants. Below are some notable individuals who came into this world earlier than anticipated and lived to tell the tale.

There are a few children both in the United States and abroad who have become famous due to their premature birth, especially those who are considered to be the smallest and youngest infants to ever survive. However, much more commonly, these tiny babies grow up to make an impact on society in some shape or form, and then through public interest, it is revealed they were born prematurely.

The following preemies have made their mark in history:

Albert Einstein was born two months premature in Germany in March 1879. He is considered a genius and most famous for his influential contributions to math and science. He was once quoted as saying, "There are two ways to live your life. One is as though nothing is a miracle. The other is as if everything is." This rang true for Einstein, who experienced small beginnings in a time where neonatology was virtually non-existent and went on to make outstanding achievements.

Perhaps his premature birth was responsible for his infamously small stature. Either way, Napoleon went on to achieve great military success and is regarded today as a genius leader by many.

The celebrated former Prime Minister of England was born two months premature. However, even with his difficult start, he was born into great accommodations - a bedroom inside an Oxfordshire palace.

Sir Isaac Newton was born in 1642 and weighed just three pounds. He was not expected to survive. He became one of the world's most famous and influential scientists. He formulated the laws of motion and gravity which is the force that causes things to fall down. The three laws are often called Newton's Laws.

Charles Darwin was born in 1809 and was also a premature baby. He was an English naturalist and the originator of the theory of evolution.

Charles Wesley was the leader of the Methodist church and noted writer of many hymns, Wesley was born two months early in England. Rumor has it he was wrapped tightly in wool until his original due date, preserving his life.

Some famous artists and writers who were born prematurely are:

Pablo Picasso was a Spanish artist whose work is easily recognizable. He was most famous for his paintings and sculptures. His talent was limitless and his art was innovative. He was also a printmaker, ceramicist and stage designer. He was highly instrumental in the pioneering of cubism, constructed sculpture, and collage.

Pierre-Auguste Renoir was born in France to a working-class family and was also a premature baby. He was an extremely talented artist and a leading French Impressionist of his era.

Accomplished American writer Mark Twain is also on the roster of famous preemies. He also went on to experience a premature death when his obituary was accidentally published in a newspaper long before his actual passing.

The great French novelist was born prematurely in 1802 and beat the odds in a time where medical terminology was not in favor of early infants. Victor Hugo was most famous for creating the wildly successful Les Miserables. 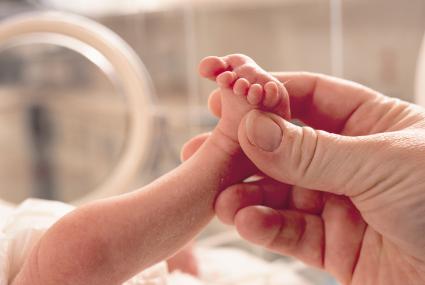 A few famous premature entertainers include:

Sir Sidney Poitier was born two months premature in Miami, Florida. He is a Bahamian-American actor, film director, author, and diplomat. He became the first African-American to win an Academy Award for Best Actor.

Michael J. Fox is an American actor, author, producer, and activist. He is best known for his roles in Back to the Future, Family Ties, and Spin City. Born in 1961, Fox was diagnosed with Parkinson's disease in 1998.

Famous American singer Stevie Wonder was born prematurely. He became blind as an infant due to a condition known as retinopathy of prematurity. This is a common condition of preemies and takes place when the blood vessels in the back of the eyes are not fully developed and detach from the retinas. While it would be a challenge for anyone to be blind from birth, Wonder has thrived and his dark sunglasses have become a signature part of his look as a professional musician.

Wayne Brady was born three months premature. He is an actor, singer, comedian, television personality and game show host. He has been on numerous television shows, on Broadway, and is currently the host of Let's Make a Deal.

Being born prematurely did not hold the following athletes back.

Wilma Rudolph was born prematurely and even battled scarlet fever, measles, and whooping cough as a child. She also contracted polio and wore leg braces for three years. But she would go on to participate in the 1960 Rome Olympics as a sprinter and become the 'fastest woman in the world'. She was the first American woman to win three Olympic gold medals. She was a true inspiration and an American icon as well.

Wayde van Niekerk was born prematurely at 29 weeks in 1992. He weighed a little over 1 kg (which equals about 2 lbs, 3 oz) and doctors said he may be disabled. But he went on to participate in the 2016 Rio Olympics and won South Africa's first gold medal in the 400m event and even broke the world record.

Small and strong Anna grew up to become one of the world's most famous ballerinas, and her influence on the craft continues to be taught to dance students today.

The following are celebrities who have delivered premature babies: 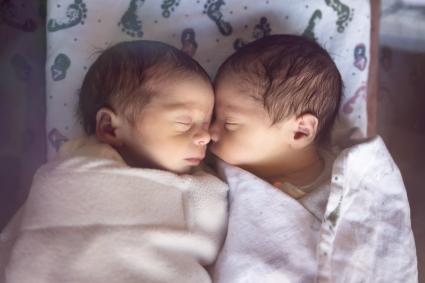 Angelina Jolie and Brad Pitt's twins, Vivienne and Knox, were born premature and weighed about five pounds each.

Celine Dion twins, Eddy and Nelson were born prematurely in 2010. The boys weighed just over five pounds each.

Some famous preemies are only known to the world due to their early birth. Rumaisa Rahman is thought to hold the record as the world's smallest surviving infant, weighing in at 8.6 ounces at birth. She was born in September 2004 and stayed in the neonatal intensive care unit of a Chicago-area hospital until the following February. She is expected to live a normal life alongside her twin sister who was also small and early at 1 pound 4 ounces.

Amillia Sonja Taylor is another name that comes up in NICU circles when discussing the smallest preemie to make it out alive. She called the hospital home for four months but is now safe and sound with her family.

Famous preemies turn out to be all shapes and sizes, but one thing is for certain - premature children are continuously growing up and going on to make history in all aspects of our world. Many famous people recognized as leaders in their fields, whether due to their intelligence, talent, or contributions to society, started life as a premature baby.