Parents searching for an unusual name for their new arrival may want to consider Norwegian baby girl and boy names. These options offer appealing historical and symbolic meaning, along with beautiful-sounding designations. Selecting Norse names for infants involves considering the sound of the name as well as the rich history of the Norwegian names.

Norwegian Names for Boys and Girls

There are many sources of inspiration for Norwegian baby names. Start with the meaning, then look for pronunciation and spelling variations to see if the name can work for your child.

Many girl names come from Old Norse, a language spoken in about the 7th through 15th centuries.

Dip into Viking lore for some powerful girl names.

If you'd like a name with a spiritual meaning, you can try these Norwegian names for your baby girl.

Nature is always a great source for girl names, whether its plants, animals, or other natural phenomena. 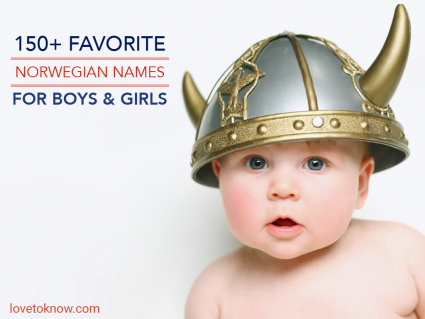 Viking Names for Your Baby Boy

Look to the Vikings for some great examples of Norwegian baby boy names.

Mythology and folklore provide inspiration for naming your baby boy.

Try these Old Norse boy names on for size.

Boy Names for Your Norwegian Warrior

Give your baby boy a name worthy of a mighty warrior.

If your boy has a noble bearing, consider some of these Norwegian baby boy names.

Baby boy names from Norway favor use of the vowel "o" and are often short, strong sounding names. 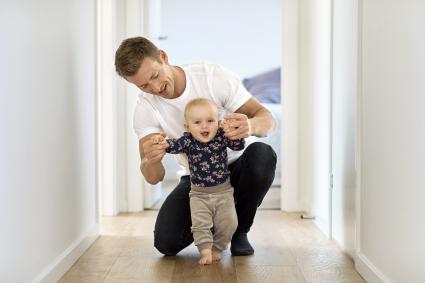 The Norse heritage takes naming babies very seriously. Norwegian naming law requires that all babies have a first and at least one last name registered by the time they are six months old. They also ask parents to not give children a first name that is typically used for a middle or last name. Furthermore, names can only be changed once every ten years. Norway has strict usage guidelines for surnames. If a surname is registered by fewer than 200 people in the country, others can only take that surname if all others currently using it consent. Norwegian baby names are quite unusual in other countries, and this aspect of the designations makes them very appealing to parents who want unique names for their children. 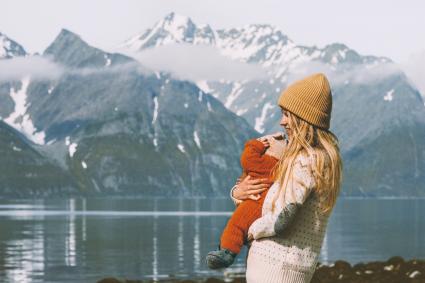 The meaning of the name is of great importance in Norse culture. The significance manifests itself in a number of ways, particularly in the approach that parents take to select the right designation for their child. A few traditional options are available to consider. Language changes over time. Old Norse names contain elements that used to be common adjectives and nouns. The words are no longer used in everyday language, but they are still present in Norwegian names. In a sense, these names are indicators of how language morphs over the centuries.

Norwegian names derive from a number of different origins. Parents can select a couple of options depending on their origins. Common inspirations include:

In essence, a baby is a combination of his mother, father, and ancestors. Often children in Norse culture were named for their grandparents and great-grandparents in a specific order. Ancestral names offer significant meaning in Norse tradition because the child is believed to inherit the personality and strengths of the deceased relative. Norwegian babies were never to be named after someone still living. Some modern parents may choose Norwegian historical figures or mythological characters that have appealing qualities they want to have bestowed in their children.

If you want to explore more Norwegian or even Scandinavian baby names, check out these lists and resources.

Norwegian baby naming traditions and modern names are most often a nod to ancestors, family lines of work, or cultural beliefs from Norway. These meaningful names are a gift to your little boy or precious baby girl because they foreshadow a meaningful life.