Although public breastfeeding is accepted in many places, there are still some people and companies that are against the practice. If you're a nursing mother or are in support of public breastfeeding, it helps to understand the concerns of these businesses and individuals and why they think breastfeeding in public is wrong or should be banned.

According to a poll on Debate.org, 34% of people feel nursing a baby in public is inappropriate. Those against this practice make the following arguments.

For many people and businesses who oppose nursing in public, the primary reason for their concern is decency. They feel that a woman's breast is a private part of her anatomy and that exposing it in public, even to feed a child, is morally wrong. In arguments on Debate.org, users cite other types of nudity as similar to breastfeeding and explain that the fact that nursing is "natural" does not mean it's appropriate in all situations.

Public Nursing Can Be Dangerous

Others on Debate.org feel that exposing a breast, even in the context of nursing, may be asking for harassment and perhaps even assault from nearby people. According to this argument, some people cannot fully control their actions when confronted with public breastfeeding. These individuals feel that avoiding exposure can help reduce these dangerous situations.

Some people on Debate.org also feel that public nursing is socially awkward. Children may ask seemingly inappropriate questions about what the mother is doing, and the baby may make loud sucking noises that can make others uncomfortable.

Intimate Act Has No Place in Public

A guest post on the blog Go Fatherhood lays out another argument against public nursing, stating that the act of breastfeeding is physically and emotionally intimate and, therefore, should not be done in public. According to this argument, there is nothing morally wrong with the act or the exposure; it just makes others uncomfortable to witness such an intimate moment.

Public Nursing May Not Be Legal

For some people, the discomfort with public nursing involves their concern that the nursing mother may be breaking the law. They may not be aware that all states protect a mother's right to nurse in public. 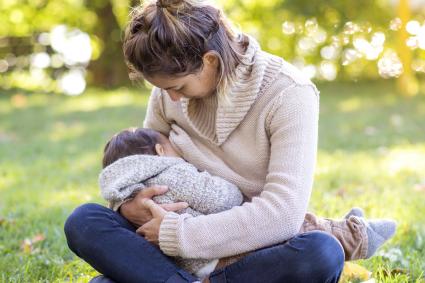 Although there are many people who personally oppose public breastfeeding but keep their views to themselves, there are some individuals and businesses who actively confront nursing mothers. Consider the following examples:

According to the National Conference of State Legislatures, all 50 states, the District of Columbia, Puerto Rico, and the Virgin Islands have passed laws that protect a woman's right to nurse her baby in public and private places.

Breastfeeding is exempt from public indecency laws in 31 states, the District of Columbia, Puerto Rico, and Virgin Islands.

Breastfeeding Laws in the Workplace

Laws related to breastfeeding in the workplace are on the books in 32 states, the District of Columbia, and Puerto Rico.

Breastfeeding mothers are exempt from jury duty or allowed to postpone jury service in 19 states and Puerto Rico. 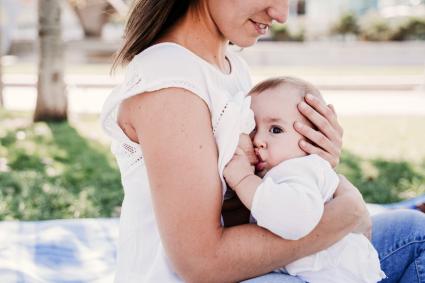 Tips for Moms Who Nurse in Public

Even though public nursing is protected in most states, there are still many people who are against the practice. If you choose to nurse in public, keep the following tips in mind to protect your rights and neutralize conflict.

Know the Law About Public Breastfeeding

Carry a copy of your state's law on the topic of public breastfeeding. You can find all state laws at the National Conference of State Legislatures website. If the person asking you to cover up or move is concerned about the legal aspects of nursing in public, showing him or her the law may help.

Clarify what you hear from the other person. Ask questions like, "Are you asking me to leave because I'm nursing?" This will help avoid miscommunication and ensure a conflict doesn't arise from a simple misunderstanding.

Decide how you feel about nursing covers and whether you want to use one when you're in public. If you don't choose to use a cover, it may help to share your reasons with people who ask. These might include that it makes the baby uncomfortable, that you don't like to carry the extra item in your diaper bag, or any other reason you feel applies. 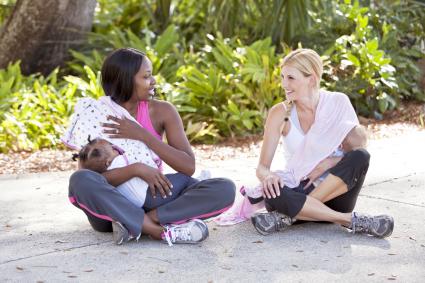 Be confident in your choice. Many people respect confidence, even if they disagree with your actions.

Whether you choose to nurse in public, it's important to understand both sides of this issue. That way, you can know and protect your rights or, if you choose, take actions that will prevent conflict with those who don't support public nursing, such as pumping your breast milk to use in bottles.

Comments
© 2006-2021 LoveToKnow, Corp., except where otherwise noted. All Rights Reserved.
Why Are Some People Against Breastfeeding in Public?