Children who have premature birth and speech delays may need some extra help to catch up.

If you have a child who was premature, it is common for him to have other delays. However, it does not mean that your child will stay behind forever. Speech delays are common in children, but with early intervention there is a good chance your child will be fine.

The first sign of speech delays are hard to detect. Every child develops at his or her own speed. However, if your child seems to be behind most children his age, be on the safe side and have him checked.

Be Familiar with Common Milestones

It will help you to track your child's progress if you are aware of the speech milestones at each age. Do not forget to add on a few months to compensate for the fact your child was premature.

From birth to four months expect your child to mostly cry to communicate. In fact, he won't begin babbling until around 4 months, and don't expect to hear any first words until at least 14 months. If your child is younger then two years old and not speaking, you have nothing to worry about.

Some children will say their first words at about 14 months, though for most parents waiting for this great milestone it occurs between 14 months to 20 months. The first words will be very simple, one word sentences like mama or milk.

Keep in mind that premature birth and speech delays are common. If your child is not speaking at all by the age of two, have him tested. Early intervention is very important in helping your child develop speech skills.

Other Signs of Speech Delays

Though your child may be speaking, it is not uncommon to have other concerns about his speech, such as clarity or frequency. It is better to err on the cautious side and have him tested. Some common concerns are below.

This is frustrating for both you and the child who feels he is telling you what he wants. In some cases, a child will stop trying to speak. Many children go through this, so before panicking, ask yourself if there are any words he says that you can decipher.

Some tips for helping your child include:

In some cases, your child may be behind in the number of words he is speaking. Consult with your doctor for an idea of how many words he should be saying based on how early he was.

One of the first things you need to check is your child's hearing. Lack of speech can be a sign of something more. In many cases, it may just be wax build-up or that he requires tubes. A trip to an ear, nose and throat specialist (ENT) will answer many of your concerns. 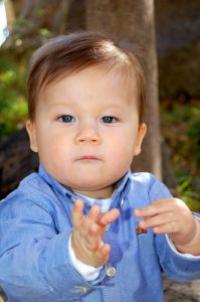 In other cases, the speech delay can be a sign of autism, apraxia of speech, articulation disorders, Asperger's Syndrome, genetic inheritance, or other problems. If this is the case, early intervention is always best.

If your child does have a delay, there are many sources of help, including therapists and support groups.

A speech therapist is trained to work with your child and help him develop his speech and language skills in the areas he is lacking. In many states this is a free service. Ask your ENT specialist for a recommendation.

Another temporary solution for children who are having trouble communicating is baby sign language. Many classes and programs have developed over the country. This allows your child to communicate with you as early as 6 months to a year.

Read to Your Child

Studies show that reading to your child helps develop language. Nursery rhymes and fairy tales are perfect at this age. The more they hear you speak, the more they pick up. Reading and direct interaction is much more valuable than television.

As a parent, you will always be concerned about your child and his development. Your intuition is a good sign to have him tested out for other problems.